When I first saw everyone going crazy for the Elf of the Shelf, I wasn’t too sure about it. After all, how much time do I have to be moving around an elf every day?

And let’s not forget, most of these parents aren’t just moving the little guy around – they’re developing elaborate schemes for him to be featured in each night.

Each time I saw one of those, all I could think of was (a) the mess that was just made with sugar or flour or whatever else that was just used for the scene; and/or (b) the waste of the marshmallows or Cheerios or *insert food* that your little elf is now bathing in.

I was definitely intrigued by the idea of bribing your child with good behavior under the guise that the elf was reporting back to Santa. In fact, that’s what sealed the deal for me. 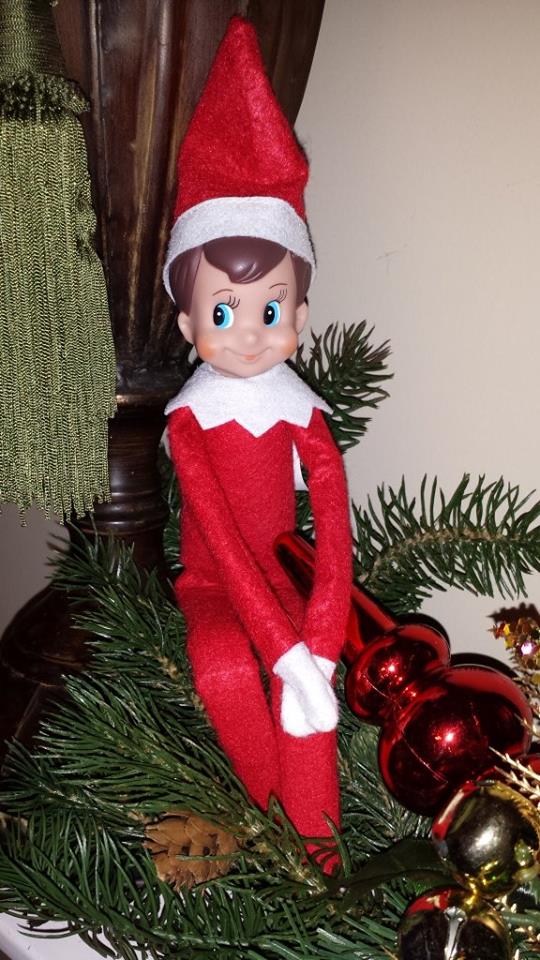 Ralphie, our Elf on the Shelf

We introduced our elf last year and named him Ralphie (after A Christmas Story). Big surprise for any one who knows me.

Our son, Finn, didn’t really seem too impressed with him but then again we weren’t spending hours every night plotting his next move either.

Then one day, we returned home and our Christmas tree had toppled over (not planned!).

He saw it and immediately started screaming “Ralphie, you get down here! YOU DID THIS!”

So he embarked on a few more adventures (planned this time) before going back with Santa on his sleigh on Christmas Eve.

Back for Round Two

This year, Ralphie made his appearance the day after Thanksgiving. Our son was starting to get it and would tell us that we can’t touch him or he’ll lose his magical powers.

But then again, he’s also ready for Ralphie to leave because he knows he’ll get to open all of the presents under the tree as soon as that happens. Priorities, right?

This year, we went to see A Christmas Story house in Cleveland, Ohio. It was also my son’s first time on a plane and it was a SURPRISE! He had no idea we were going.

So the night before our trip, he came home to this…. 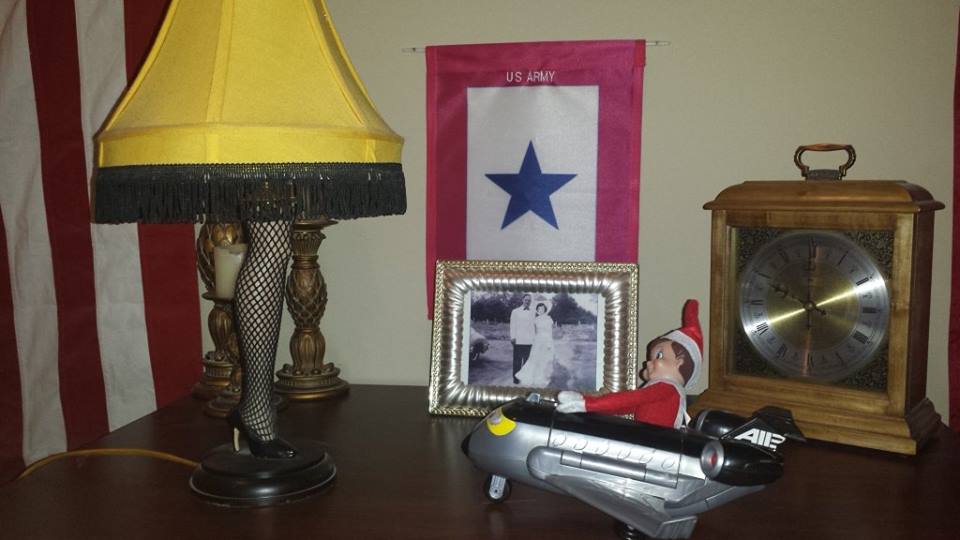 Yes, that’s Ralphie our elf headed off in a plane to see the leg lamp from A Christmas Story. We set it up in my husband’s “I Love Me” hallway (as evidenced by the flags – more on that on another day).

The trip was amazing, he was super stoked to be on a plane and see Ralphie’s house and our little elf has been moving all over the house since then.

I’ll admit our scenes aren’t quite so elaborate – and much easier to clean up – than those you’ll find all over Pinterest, but he’s a fun addition to our holiday traditions.

How about you? Do you have an Elf on the Shelf? What kinds of mischief does he get into at your house? Share in the comments below!