You are here: Home / Army Life / The Families Behind the PTSD Curtain

A dear friend of mine wrote on her Army Wife blog, Married to the Army, about PTSD and the families that live with it. Her blog made me think about a few things and how the families behind the PTSD curtain aren’t really mentioned that much in or out of military communities. Is it our fault as family members for not speaking up about our issues within our PTSD/TBI home? Or is it others’, like the military, the negative stories on the five-o’clock news, or the lack of support that shuts us up?

I can say that prior to my setting up a blog, I didn’t say anything.

There were quite a few people that didn’t even know my husband had problems. The ones that did, didn’t say anything to us about it, although talking about problems never was a problem before. I guess I felt more ashamed and alone when dealing with the problems and issues, never having a support system in place or acknowledgment from any military or VA personnel that I was indeed living in hell. When I did speak up at a counseling/therapy group, the other wives (all Vietnam veteran wives) belittled me and made it seem like I was going through nothing worse than they did. Yes, I think there is a definite generational gap between spouses of wars, but didn’t we all hurt the same? Don’t we all experience the same type of hell and lack of support? Did we not lose our husbands to this unseen wound that consumes our soldiers to the point we don’t know who they are? I think so.

It’s very easy for older veteran wives to tsk tsk our generation of spouses because they have already been there and done that. It’s like they forgot how hard it was at first to cope and find a way to raise a family with a spouse with these types of problems. They made it through 25 years of hell so therefore our problems that are just now occurring in a lesser time span is no worse than what they have already been through. Perhaps I am just one of those that thinks that all war is the same, no matter how old the soldier is, no matter how many years in between deployments or how many years you were deployed….it still hurts the same way, and we all suffer.

When my husband and I started marriage counseling, it wasn’t bad….for him. When my turn came around and I started speaking…I was told, “Let’s not flood him with all the negative things” or ” Let’s not worry about what he is doing, let’s worry about getting him the help he needs”. Uhhhh, isn’t that why we are here? When you have issues that are slowly breaking up a marriage, aren’t you supposed to talk about that and fix it? Why is it when, as a spouse, I bring up my side of the story, automatically the blame shifts to me and I am not heard? What is the point of “couples counseling” if there are not two involved? I sat for hours listening to her ask my husband the same questions over and over again and not feeling like I had a say in it whatsoever. When she asked me why I didn’t have anything to say on our 15th meeting, I simply told her ” You kept shutting me up. What I had to say was not important enough for you”. 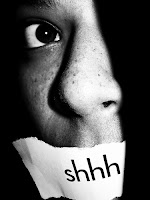 I sometimes get aggravated with society because in cases like ours as PTSD/TBI families, if our soldiers aren’t missing limbs, horribly disfigured or in a wheelchair….the look on their faces when you state PTSD and TBI is like Whhhhaaaat? I remember one time at the VA when a young clerk asked my husband what was wrong with him. My husband stated “I have severe PTSD and TBI”. The clerk responded “So you are just mental”. Wow. Really? I can only imagine how hard it is for our soldiers who suffer from invisible wounds to prove that they are indeed injured. Why should they even have to? This news story about the military who do have TBI having issues of getting awarded their Purple Hearts shows how hard it is. While our military members suffer constantly battling outside people and the government…they are also battling themselves in the process.

In the background, there are the families who stand behind them. We battle not only the disaster our families have become, but someone we no longer know. We sometimes battle addictions, physical and verbal abuse, suicidal threats, severe paranoia, and much more. Some days I feel like society has really shunned us to the back darkest corner. Like we are lepers being quarantined to a separate place as if PTSD is infectious. Other days, I wonder if the shame of what goes on behind our closed doors keeps us from talking more openly about what we are enduring. I know I shouldn’t be ashamed because, hell, it’s not like our vets are just lazy, alcoholic wife beaters and we, the wife who just wears long sleeves to cover up. They can’t help the angry outbursts, the lack of emotions or lack of control. They can’t help what they have come home as, and I firmly don’t believe they fully comprehend what it does to their marriages or family.

When I began blogging, I really thought no one would ever read it. Maybe I would get a comment from a spambot or two advertising free male enhancement products and how to increase my website traffic. However, it has definitely been an eye opener for me because not only do I have some participation on the blog, but the amount of e-mails I am receiving is astounding. I don’t understand, even signing it “anonymous”, why spouses feel like they have to hide behind the safety of an e-mail? A few of them don’t want other people seeing…I get that. But why? I know some have stated “I am ashamed to say in public my husband has a porn addiction, gambling problems, or is drinking himself to death”….why? Although we aren’t all experiencing the same things, we know how it is. We have all been through the same hurt, the same losses, and are trying to gain our footage in this rocky life of ours.

I wonder if all of us, who are spouses of PTSD and TBI, came forward together and spoke about what really goes on in our homes. What it’s really like to live with our combat PTSD veterans? What we have lost, learned and dealt with? I wonder if the VA would increase our vet’s disability rating to what they are supposed to get, if the whole story was acknowledged? I wonder if some of these higher ups in the military would sing a different tune if they had to be forced to listen to us because we wouldn’t shut up? Why does it take a soldier or veteran going in and shooting a place up in order for PTSD to come to light on national news? If a soldier goes home and, for unknown reasons, kills his family and then himself, why does all of a sudden everyone scramble to make themselves look good? When they know damn well that everything will go right back to the way it is when the news channels find some other noteworthy story.

What’s a damn shame is when we have all these spouses on a military post who can’t come together because they are afraid of their husband’s getting booted out of the military. So many e-mails I have gotten in response to my statement to start a support group if there isn’t one, state that they can’t because the military would kick their husband’s out if they found out. You would think with how much negativity about PTSD we see in the news, the military would already have one in place and be supportive. To me, it would make them look better that they are trying to put in support systems to prevent such incidents like suicides and the Ft. Hood tragedy.

I am pretty vocal about PTSD and the families who are behind it. I am not afraid to say, “My husband has PTSD and TBI. So what are you doing  for me?” Not in the sense that I want attention or to use it as a conversational piece. It’s a “You broke him, now fix it!” statement to me. However, there are so many of us who would not admit that to anyone. Not even their families. I guess this blog isn’t really making any sense right now…I guess what I am saying is, why do we feel the need to be quiet? If we all shut up and never speak….will this help in the long run or only hurt us more?  Is being married to a combat PTSD/TBI veteran really a reason to keep our mouths shut and shy away from the world? Or are we shut up by so many obstacles the world places on us?

Just me and my big mouth,