You are here: Home / Deployments / Home on the 4th of July

On July 3rd, three years ago, I was sitting out on the beach at Tybee Island with some friends awaiting the fireworks show. Tybee usually has their fireworks on the 3rd so as not to interfere with those on River Street.

Until that time, 4th of July to me had been just any other holiday. I knew what it meant and why we celebrated it but I never gave it much thought other than that. It was more of just a time to get together with friends and family, have a cookout and watch some fireworks.

But in 2004 it was different. My husband was deployed overseas for the first time. 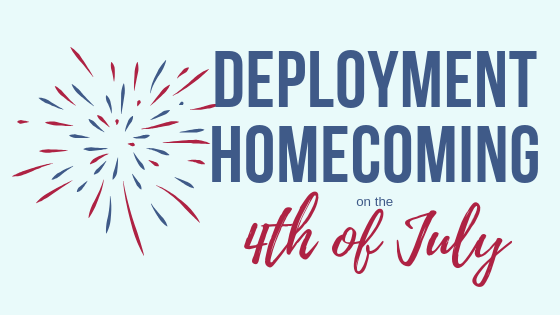 I knew he was due home soon but I didn’t know when soon was. For some reason, the end of the deployments always made me more anxious and nervous. It’s like you have that feeling that you just can’t let your guard down yet or something may happen. You can’t assume he’s made it through the deployment until his feet are on U.S. soil again.

So here we are…four wives…four husbands deployed…four cell phones all glued to our hips…watching the fireworks. I was a little teary eyed myself. Partly because Rob wasn’t there with me and partly because I finally had a real understanding of what that sacrifice was all about.

As we’re staring up at the sky, we heard a loud rumbling overhead. But it wasn’t the sound of fireworks. It was the sound of a plane. A big one. You know what I’m talking about – it was a military plane flying right overhead.

We all looked at each other and slowly a smile crept on all of our faces. Looking around, we realized we were the only ones watching the plane instead of the show.

Because there were suppose to be five wives in our group but the fifth had to cancel at the last minute. And as that plane flew overhead, we figured out why. Her soldier was home.

It was an odd feeling. We were all thrilled for her that she was getting to have her reunion but we were all sad for ourselves and a tad bit jealous – though none of us would ever actually admit it.

As we were walking off the beach and back towards the car, my cell phone started vibrating. I anxiously answered and heard “Stacey, this is your key caller…”

Well, you can only imagine the grin on my face as she told me that the next plane that landed would be carrying a very special package for me – my soldier.

The next day, I was getting dressed and doing my best not to watch the clock. It was still several hours before he was due home and I had never been so excited, nervous and anxious all at once before in my life.

My cell phone rang again. “Stacey, this is your key caller. Do you have your running shoes on?” To which I replied, “I can”. “Well, you better because his plane was early and just touched down at Hunter. Get your butt out there!”

I grabbed my shoes and was out the door. Within an hour, I was in his arms again.

Home on the 4th of July.

I can’t think of a better way to celebrate the day than to know that your soldier is safe and home from the war on Independence Day. I was ecstatic. I was relieved. And I was breathing normally for the first time in months. I could finally let my guard down and relax.

No more lonely nights. No more praying my cell phone would ring or my email would show new mail. No more worrying.

Life was normal again. Before he joined, normal seemed boring. In the Army, normal is a precious commodity that you fight to have.

May your 4th of July be as joyous. Have a safe one and remember as you’re watching the fireworks, the true meaning of the day. 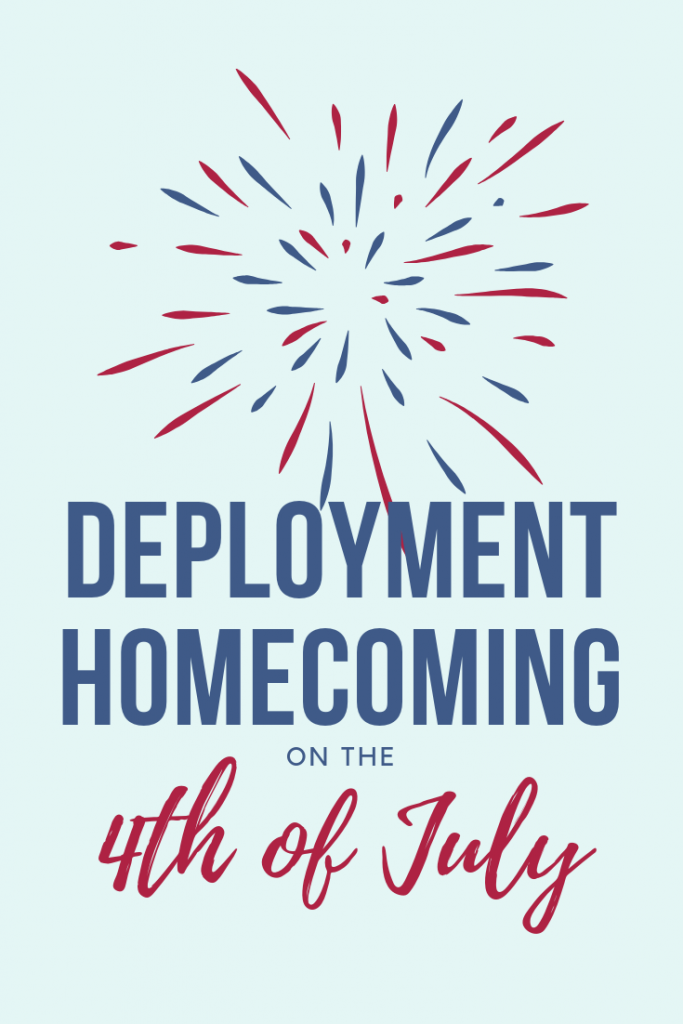 Stacey's husband joined the Army in 2003 and was medically retired after four deployments. They live in north Georgia with their son and she now manages digital marketing for a national retailer. She enjoys continuing to support Army spouses and families in their journey through Army life.